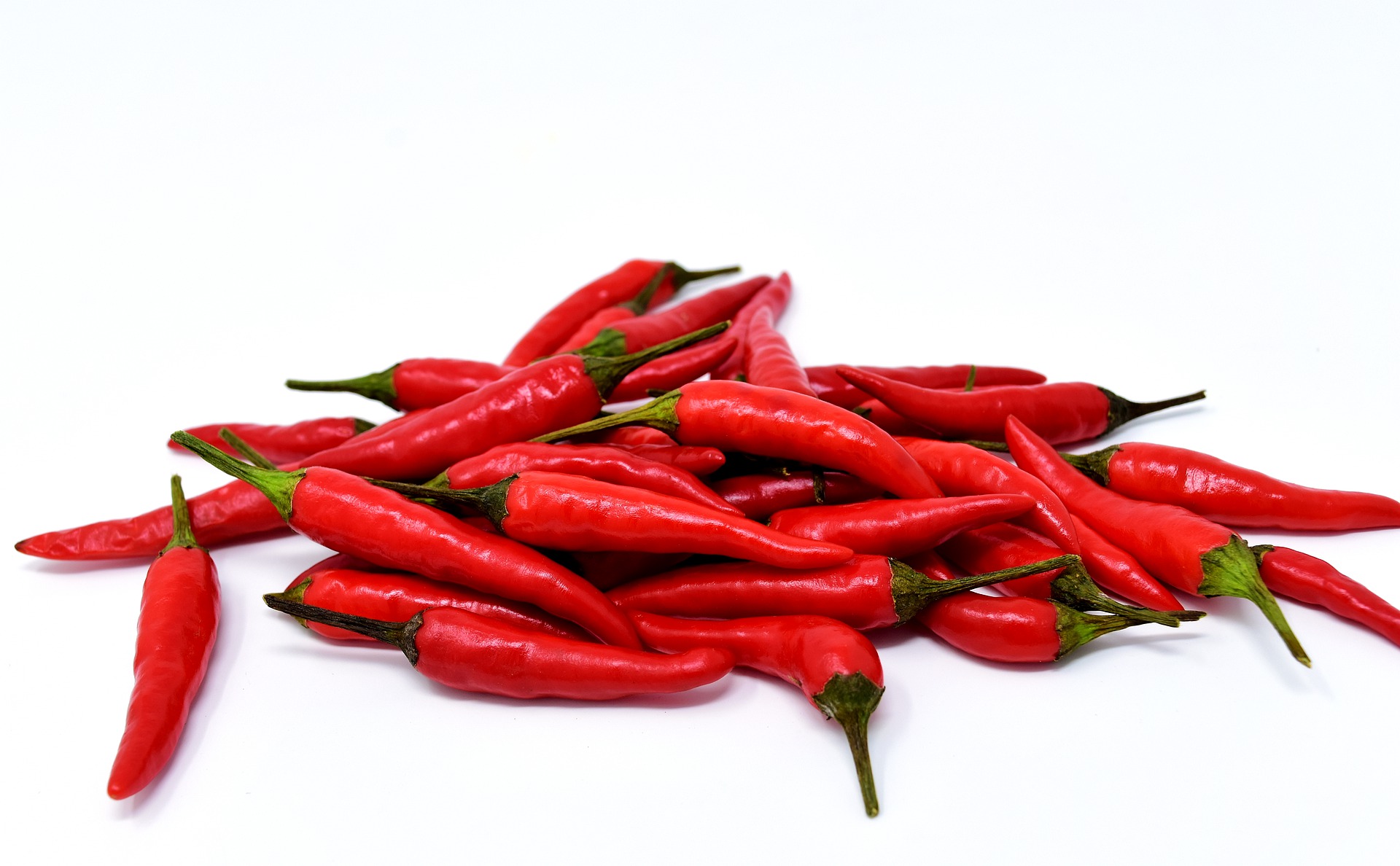 I was certain I was an adult when, twenty-three years ago, I decided to tackle life on my own. I threw clothes in my car and abandoned the rest of my things in my childhood bedroom. I didn’t move out. I left.

Basically, it’s been downhill from there on the scale of how sure I am of my status as an adult.

Until yesterday, when I realised my chilli plant has three chillies growing on it.

Sure, I have raised two children to legal adulthood. But my instinct to keep a child alive is far stronger than my instinct to keep a plant alive. Besides, children tell you when they’re hungry, cold, wet, thirsty. They demand care and attention. They give you feedback with smiles and hugs. They make you cute cards for your birthday and write you emails like “Dear Mummy. What are you thinking about? I’m thinking about ponies.”

Pot plants, standing quietly in the corner, will die in silence; desperate for someone to actively give a damn.

I seemed unable to sustain caring about a plant long term.  As an admonishment for my immaturity and neglect, I would leave dead pot plants in place for months; a brown and shrivelled reminder that all this is just a facade.  I wanted the look of house plants without the work.

Outdoors was no different. I used to tell people my garden was “survival of the fittest” as an excuse for the tangles of weeds. Then I decided self-acceptance was the key to being grown up and I moved onto “I don’t do gardening”. My allergies backed my statement up.

I adopted the chilli plant from my partner, Mike, who got it as a present. It was in the way on our kitchen bench, an annoying twig stuck in some dirt. I shuffled the damned thing around the kitchen day-after-day unwilling to throw away someone else’s gift.

I don’t know why I started to water it.

Then New Zealand’s record-breaking summer of 2017/18 arrived. With the life-giving action of sunlight and water, the chilli plant began to grow.

One day, seemingly out of nowhere, chilli had more than just leaves.  A fat finger of green had appeared. It was almost the same size as the plant. It was an impressive feat of plant magic.

When we used the chilli in a meal, Mike saved the seeds “in case the plant dies.”

No way was this little miracle maker going to die on my watch.

Since then, I have re-potted her twice and watered her with care and attention. I take her outside when it’s calm and warm. I’ve been known to stroke her leaves and say “You’re the most beautiful chilli.” She has tripled in size.

And she has grown three more chillies! 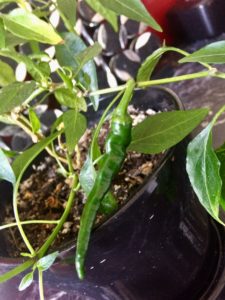 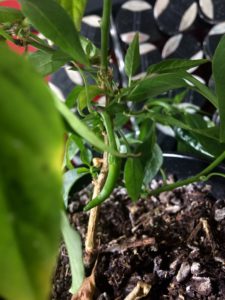 I’ve also added to my plant collection.  Ferns crouch in the bathroom. A decorative bamboo decorates my meditation corner. Peace lilies soften the living room, which has limited natural light. A number of other pot plants dot the house. Outside, I have two planter boxes with tulips, freesias and wildflowers. My plant care regime has become quite involved.

Some might say that I am preempting the empty nest.

I’m sticking with it being proof I’m on the road to being an adult.

16 Replies to “This Little Miracle Maker”