My younger brother and I had been waiting for my mother to get home. The post office phoned that morning to say that there was a parcel from my Aunt, a woman who we had never met. Those parcels were a magical offering from an angel. We never knew when they would arrive. The South African postal system regularly swallowed post only to regurgitate it months later. The parcels usually contained books and educational toys, sometimes a magazine subscription or sweets, all from exotic places like Arizona and New York.

When our Dad told us there was a parcel for us, we thundered through the house in excitement, back and forth with our three dogs until he shouted “Get outside with that racket.”

We spent the next few hours poking sticks into the hills of dirt which kept appearing in the lawn, trying to skewer the mole causing them. We chased feral cats and rode our bikes around and around the house. We stood under the mulberry bush, our feet turning purple with dropped berries. I would whisper “I wonder what she sent us?” and the fizz of excitement would set us off again.

By the time Mom’s car came up our long driveway, we had worked ourselves into a frothing frenzy of excitement. We leaped at her as she tried to climb out of the car.

“You’ve waited this long. Another day isn’t going to hurt you.” she said, annoyance hissing through her teeth. The post office was a reasonable drive from home so maybe the petrol wasn’t going to last until the next pay day with that extra trip. Maybe she had held a premature baby as it took its last breaths and she needed to process it. Regardless, she was not about to bundle us up and go to the post office.

We decided to do what any children would do when they’ve been outrageously treated.

We put some biscuits in our pockets and my brother tied up his favourite matchbox cars in a hanky he stole from Dad’s drawer. We didn’t bother with extra clothes and since our bare feet had been toughened by hours of play outside, it never occurred to us to take shoes.  We threw some food into the dogs bowls to distract them and gave them a quick pat goodbye.

It was a long way to the end of our driveway, where we sat at the edge of the dirt road, getting bathed in dust from passing cars. We waited there, sure our mother would appear, after realising her mistake, and take us to the shops.

Our fury turned to boredom.

“We could go back home along the path. That’d show her.” my brother said, in an additional burst of defiance.

We’d been forbidden from walking the path. Neither of us could remember why. We decided it was because adults are mean. I know now, it was because snakes hide in the long grass. The path ran diagonally from the corner of our twelve and a half acres, where we sat, to the opposite corner, cutting the land into two even triangles. Three-quarters of the way along, there was another path which joined it and led past the water pump and back to our house. There was a compound of corrugated iron shacks in the corner of the land, where a few African families lived. Their children were occasional playmates and we knew the adults by sight. It was their path home.

We meandered back to our house along the well-worn strip. The swishing African grass was longer than we were tall and the sky a brilliant blue. My brother found handfuls of coins on the path. We agreed to buy chewing gum and matches the next time we were at the shops with Dad. Chewing gum, because it was banned by Mom. Matches, because my brother was a pyromaniac from the moment he mastered the dexterity to light a match.

“We ran away from home.” My brother announced as we walked into the living room. “But we’re back, now.”

They hadn’t noticed we were gone.

The next day, my mother picked up the parcel on her way home from work. I’m sure the gifts were as wonderful as we had hoped, but I don’t recall what they were. The real gift was from my mother; a lesson in patience and a childhood adventure I’ll never forget.

We also got a huge box of chewing gum. 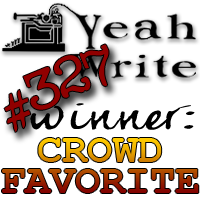 16 Replies to “Running Away From Home”